The Van Diemen’s Land Circumnavigation (VDL-C) Cruise is a well-established, world-class event. Since 1990, it has been conducted every two years or so by the Royal Yacht Club of Tasmania. The event is a cruise-in-company involving an 800 nautical mile circumnavigation of Australia’s island state of Tasmania. The last eight cruises that were held in 2005, 2007, 2009, 2011, 2013, 2015, 2017, 2019 were conducted in conjunction with the Royal Geelong Yacht Club.

A cruise-in-company provides an opportunity for visitors from other parts of Australia and the world, as well as the local cruising community, to undertake one of the world’s more adventurous and spectacular cruising experiences, supported by people with practical knowledge of the Tasmanian coast and conditions. It is not for the fainthearted and there is no guarantee of completion. This will depend on careful preparation and considerable perseverance.

The route and recommended anchorages are based on careful research, previous experience and detailed local knowledge. Participating boats are required to meet strict safety requirements and participate in a daily radio schedule with an accompanying radio relay vessel.

Although it is strongly recommended that vessels join the VDL-C fleet in Hobart, it is possible to begin their circumnavigation at other places on the Tasmanian coast. Experience has shown that boats that do decide to join the fleet along the way often have a lesser cruising experience and are more likely not to complete their circumnavigation.

Entries for each VDL-C cruise are accepted from appropriately equipped, well-found ocean-going yachts, motor yachts, motor cruisers, charter vessels, professional fishing vessels and tall ships. Because of the limited capacity of some ports and anchorages and administrative practicality, the total fleet size is limited to 45 boats. 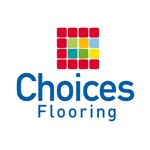 ❯ The cruise starts with a visit to the old convict settlement of Port Arthur and unforgettable views of the towering dolerite cliffs of Cape Raoul, Cape Pillar and Tasman Island;

❯ Then it is north along the East Coast to Maria Island and the perfection of the Schouten Passage and Wineglass Bay with bright white beaches and pink granite mountains rising steeply out of the sea;

❯ Through Banks Strait on the north-east corner of Tasmania to the Tamar River with its many vineyards and picturesque anchorages;

❯ Visits to other places along the North West Coast such as the city of Devonport on the Mersey River, and the pretty fishing village of Stanley nestling under The Nut (not so curiously named once you have seen it);

❯ Around the north-west corner perhaps pausing at Three Hummock Island or Hunter Island to await a suitable weather window for the passage south along the West Coast, through Hell’s Gate into Macquarie Harbour and the Gordon River with its majestic gorges and rich rainforest;

❯ After a victualling stop at the pretty west coast village of Strahan, it is south once more to Port Davey, the ultima thule of Australian cruising destinations with its sparkling white quartzite mountains and tea-coloured water;

❯ Finally, around the South Coast to the sheltered havens of D’Entrecasteaux Channel and home for an end-of-cruise dinner at the RYCT in Hobart

Before the cruise commences, participating crews will be provided with a comprehensive cruising guide in the form of the latest edition of the Tasmanian Anchorage Guide published by (and available from) the RYCT, together with a Cruise Manual containing all kinds of useful information to make the cruise safer and more enjoyable.

The route and recommended anchorages are based on careful research, previous experience and detailed local knowledge. Participating boats are required to meet strict safety requirements and participate in a daily radio schedule with an accompanying radio relay vessel.